Higher Prices Buoyed by Optimism at All American

It was renewed optimism that set the stage for the higher prices paid for consignments to this year’s All American Jersey Sale. A more favorable forecast and improving milk prices enabled Jersey breeders to better invest in the breed’s best genetics and prepare for the future of their herds. This 64 lots sold for an average of $6,110.16 and a gross of $391,050. The lineup included a high genomic bull who was syndicated for $75,000 and females from some of the breed’s most popular cow families. The 63 females sold for an average of $5,016.67, led by a pair of genomic standouts at $37,000 each.

The 67th event of the series was held on November 10 at the Kentucky Exposition Center in Louisville, Ky. It was managed by Jersey Marketing Service and cried by Chris Hill.

The high-genomic young bull that was syndicated was Ahlem Kiawa Encore 24617-ET. He was purchased by the Encore Syndicate, a group of 35 Jersey breeders and Select Sires of Plain City, Ohio. He was bred and consigned by Camille Herrera, a junior member from Hilmar, Calif. 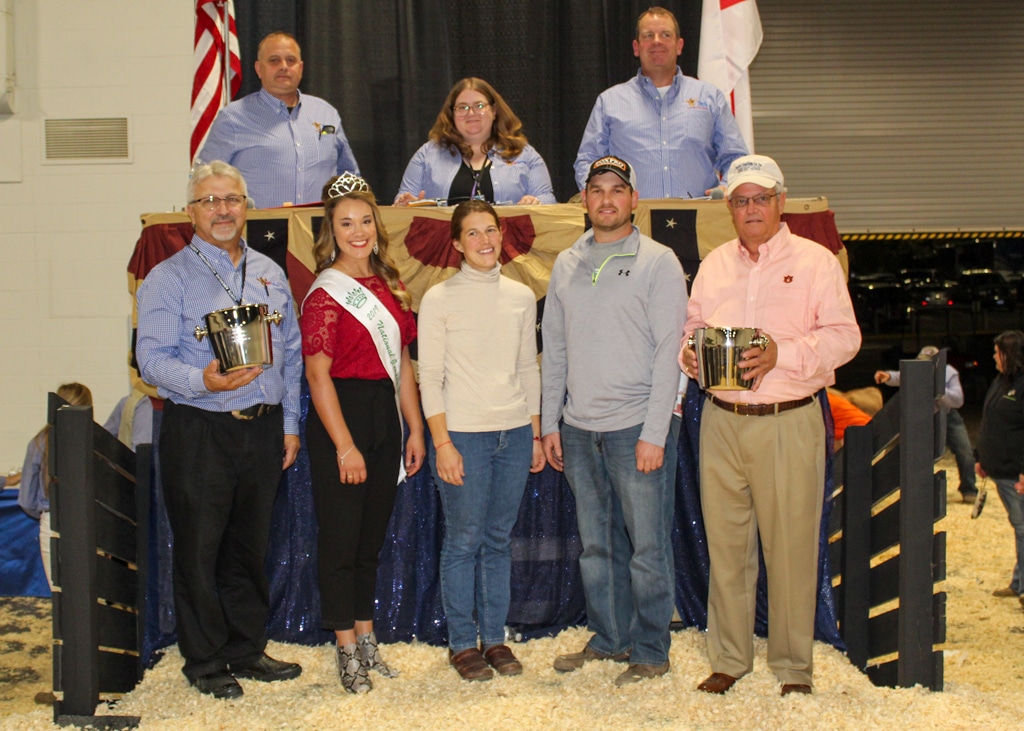 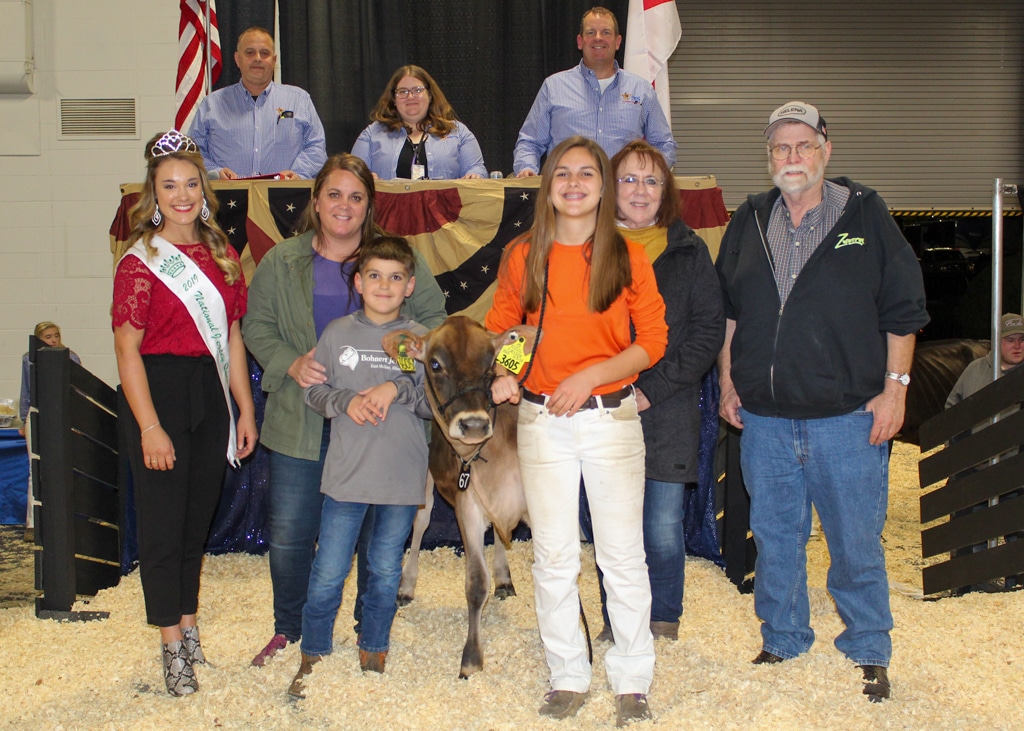 Legendary Viceroy Best Wishes was the other heifer to sell for $37,000. She was purchased by the Double Dutch Syndicate, a partnership of Kash-In Jerseys and Jer-Z-Boyz Ranch, represented by Tim Baumgartner, right. The 13-month-old bred heifer was consigned by Thomas and Jennie Seals, represented by the Bohnerts—Karen and Jacob, center, and Cassie, on the halter. Also pictured are National Jersey Queen Gracie Krahn and Lavan, Brown and Hill, in the box.

Double Dutch Syndicate (a newly-formed partnership of California Jersey breeders Kash-In Jerseys of Tulare and Jer-Z-Boyz Ranch of Pixley) purchased the other $37,000-priced female, Legendairy Viceroy Best Wishes. The daughter of CDF Viceroy-ET, GJPI +185, hails from a maternal line that has been heavily merchandised at The All American in recent years. She sold short bred to JX Kash-In Got Jiggy {6}-ET, GJPI +206. 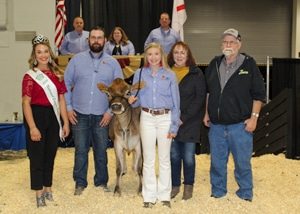 David and Rita Hogan, right, purchased the third-high selling female as well, Rog-Al Chrome Shelby, for $12,000. The 10-month-old “Chrome” daughter was consigned by Zachary Alexander, represented by AJCA-NAJ Area Representative Scott Holcomb. Also pictured are Jaylin Dilsaver, on the halter, Queen Krahn and Lavan, Brown and Hill, in the box. 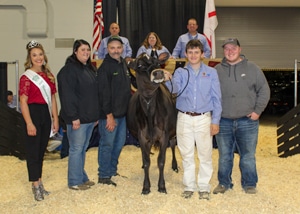 The Junior All American Winter Yearling, Townside Norman Kookie, was the fourth-high selling female, purchased by RK Genetics, represented by Keena Kirsnis and Roger Arn, center, for $11,500. She was consigned by Noah Bilz, right, and Greg Cornish. Also pictured are Grant Dohle, at the halter, Queen Krahn and Lavan, Brown and Hill, in the box.

In addition to earning the purple banner at the junior show in Madison, Wis., in October and the blue ribbon in the winter yearling class at The All American Junior Jersey Show the day before the sale, “Kookie” was Junior Champion at the junior shows held at the Wisconsin State Fair and the Wisconsin Spring Spectacular. Her dam is an Excellent-93% daughter of Arethusa Socrates Volcano-ET, GJPI -90. Her grandam is sired by Family Hill Cir Tradition-ET, GJPI -10.

“Kookie” was consigned by the partnership of Noah Bilz and Greg Cornish of Dorchester, Wis., and bred by Townside Jerseys of Wilson, Wis.

A choice out of the reigning Grand Champion of the International Jersey Show was the fifth-high selling female of the day. Delon Mortimer, Smithfield, Utah, purchased Lot 6, a first choice female sired by a mutually-agreeable sire and out of Bri-Lin Valson Spritz, for $9,200. Embryos are to be implanted for a December 2020 calf.

“Spritz” is an Excellent-94% daughter of Deerview Valson-ET, GJPI +60, with a three lactation m.e. average of 20,432–943–760. The five-year-old is backed by three Excellent dams in Canada. She is owned by consignor Vierra Dairy Farms, Hilmar, Calif., and was bred by Brian and Linda Raymer of Bright, Ont.

“Spritz’s” show accolades have gotten grander each year. In 2016, she was named Intermediate Champion of the Ontario Summer Show. The following year, she topped the junior three-year-old class at the Mid-Atlantic Regional Jersey Show and placed second at the International Jersey Show. In 2018, she again topped her class and was named Grand Champion of the Mid-Atlantic show.

In all, 48 buyers from 24 states made purchases. California led the way with seven Jersey breeders purchasing 11 lots.

Planning for The All American Jersey Sale was carried out by The All American Sale Planning Committee beginning in March. The committee was comprised of chair Michael Hurst, Waynesville, Ohio, and associate chair Aaron Horst, Chambersburg, Pa., and 29 other volunteers from across the country.

There are no upcoming events.